Smoke a cigarette, smoke a ham.

When you mingle with the movers and shakers the way I do, when you're an influential political figure the way I am, and when charm and graciousness oozes from your every pore the way mine oozes, well- people are drawn in to your magnetism.

In addition to numerous invitations to cotillions, bat mitzvahs and retirement parties, I find myself with frequent houseguests at Maison de Whiskey. Why, just last week I was lounging by the pool (bathtub) sipping champagne (kool-aid & gin), eating bonbons (cheetos dipped in nacho cheese) and having a highly intelligent debate about global warming (American Gladiators vs. Ninjas, who would win) with my guest (moocher)- Rob Schneider (Rob Schneider).

This past weekend I was graced with the pleasure of opening my doors and my heart to Fernando von Bakonstein, known affectionately to his friends as IHoG.

IHoG normally resides at the International House of Blogcakes with the witty and totally comfortable with his femininity McGone. IHoG showed up on McGone's doorstep at Christmas, and like most houseguests quickly overstayed his welcome and grew tiresome.
McGone and IHoG mutually decided that Fernando would embark on a tour of the world, making stops at various blogger's homes for fun, laughter...and love. IHoG was then sent off with much fanfare (stuffed into an envelope in the middle of the night) and thus his journey began.

So far, he rang in the new year, then he traveled to the bustling metropolis that is Iowa, and then he shopped, dined and saw the sights in the Windy City.

Now, he has just wound up a wild weekend in the fair capitol city of St. Paul, MN with yours truly- Whiskeymarie von Partypants.

Our weekend, in pictures:

It was a beautiful winter day when IHoG arrived. Our first stop was the Capitol building. It was a bit brisk, so I gave Fernando a jaunty red scarf to keep his jowls warm. He thanked me and proceeded to take a dump on the capitol lawn. 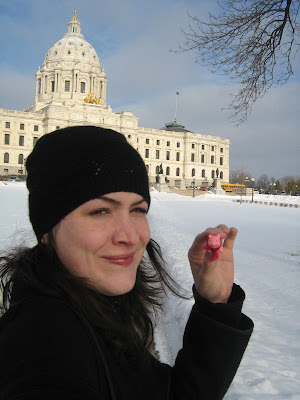 As we are both of German/Austrian descent, I then took IHoG to the Germanic institute on historic Summit Avenue, the avenue of mansions that is also home to our ridiculously inept Governor.
Fernando got into a very heated argument with a gentleman named Adolf about bratwurst vs. knockwurst. Fernando bit Adolf in the kneecap and we were then asked to leave. 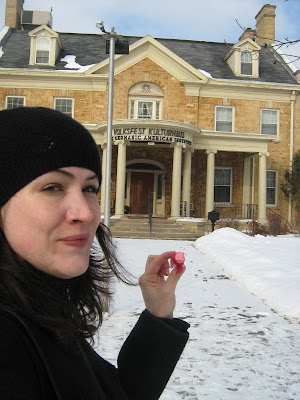 We stopped at one of our local convenience stores because Fernando wanted to pick up some Coor's light, twinkies, No-Doz and condoms. He's a big boy, I didn't ask any questions.
But I did buy some Powerball tickets and asked IHoG for a good luck kiss, which he did marginally well (no tongue next time, dude). 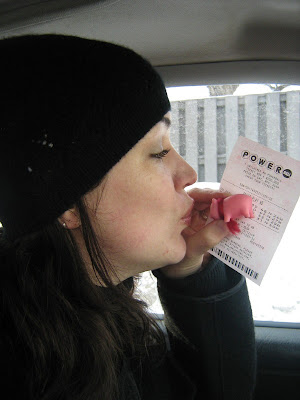 Fernando expressed an interest in learning how to ski, being in the land of snow bunnies and all. I myself have never done it, so I figured I was perfectly suited to teach him. Those who can't do, teach- right? Other than a near-miss involving a grizzly bear and the "avalanche" incident, I think we did a smashing good job. 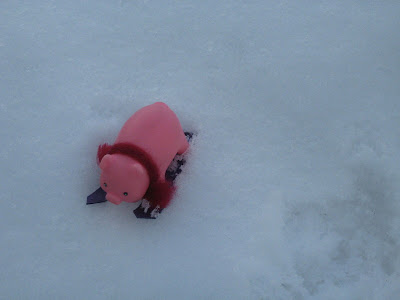 Back at the lodge, I got us some drinks and we settled in to warm our little trotters. We ran into an old friend of mine, Swinella Jamon. Swinella is technically "royalty"- fourth in line to the throne in the now-nonexistent country of Bolognesten. The whole crown-wearing thing is a bit much, but she sure knows how to have a good time, that girl.

The weather took a turn for the worse, so we decided to get a room and stay the night.
We settled in with martinis and the welcome company of the lovely Swinella. 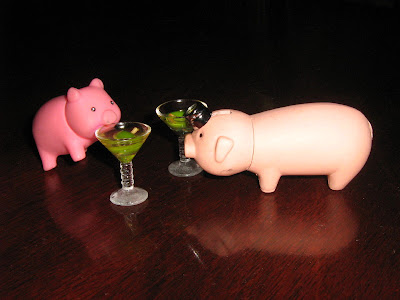 A good time was had by all. I must have dozed off (passed out), and when I woke up Fernando and Swinella had spilled their drinks and nodded off (ditto.) on the floor. I tucked them into separate beds, then I curled up on the sofa and fell back asleep. 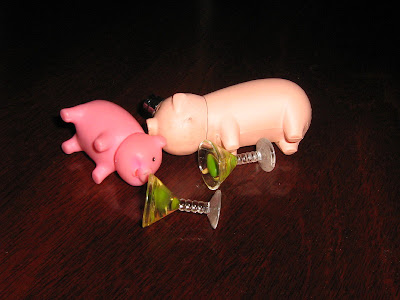 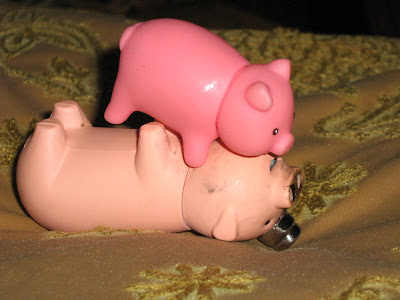 I shielded my eyes and ran out of the room.

Later, in the hotel's lounge, Fernando and I sat down, had a smoke and discussed the weekend's events. We both decided that this moral transgression needed to be absolved somehow. 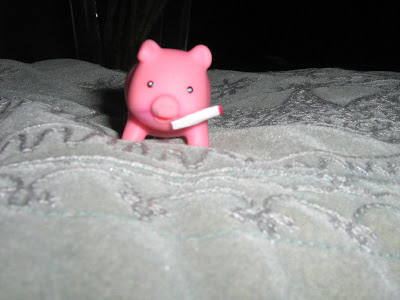 Since it was Sunday, we decided to take the IHoG to get some spiritual enlightenment at the nearby Temple.
The IHoG? Buddhist? Huh- who'd have thunk it? 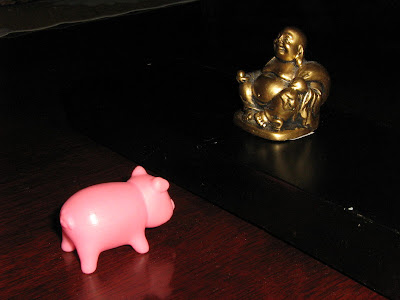 The happy Buddha laughed at IHoG's crazy tale from the weekend, and told him he was just a naive young porker needing moral guidance in his journey around the world.
IHoG agreed.

He said he needed to get the hell away from me.

Off to Seattle to see Gretta!

For me, it's all about the tiny pig-sized cig. Nicely done.

I would expect no less from a visit with you.

It was nice getting to know Fernando and his journey.

It doesn't get much better than a pig on skis.

Oh, and ninja would totally win.

You're quite the hostess. Nicely done.

I bet Fernando was sorry to leave.

Swinella must be in tears.

His travels will give new meaning to "when pigs fly".

I think I'll book my next vacation at Chez Whiskeymarie! Sounds like just my type of place.

Glad to se you're feeling better and that you are embracing your inner pig.

I'm pretty sure I'm confused, but I still love that you gave the little guy a scarf, skis, a mini-drink, and of course, a cigarette. Nice work.

Quite the hostess indeed, I love all that snow you guys have. Oh, and that's what a Powerball ticket looks like, we don't have it in Cali.

Enjoy the Emerald City WM. Don't forget to throw a few fish around in Pikes Market.

He was never that innocent - but I'm glad to hear he was on his best behavior for you.

You, my dear, are quite the hostess. Indeed, you have the mostess.

Also, that is one fantastic picture my name is linked to.

Hey, is there any way I can unsee that? Because seriously? My eyes are buring over here.

I am impressed at your ability to take excellent photos of yourself. Or are those all taken by your media procession?

Wow, the IHoG is getting some MAJOR action on his travels.

And McGone, you seem surprised to see that photo of you has made its way onto the internets. I swear, I didn't leak it.

Way to show him the town!

Wow! He looks like fun company. So, he's off to see T Gretta in Seattle? Does he know that she has a VERY LARGE CAT? I mean really big! Somehow I think they'll get along fine, though.

Where did you find the tiny piggy martini glasses? Or do they belong to Swinella (the little tart)?

I wish I was a pig, I think I would set my eyes on Fernando. Maybe, one day, he'll come to Vienna and we can get some action going. :)

This made me laugh really hard. Those teeny-tiny martini glasses?! I see Fernando is a fan of the missionary position, so we'll try to keep things fairly traditional for him in Seattle.

Umm can i say that I'm a little offended that when thinking of Seattle you didn't think of yours truly.
fine, I get it, I see how you are...

Oh wait a minute, could it be that you recognize that I would likely not provide the pictorial evidence of his wild weekend Chez WM because i don't even put my own photo (or many others on my blog)
Ok, yeah, you're right you're forgiven.

The teeny martinis with the tiny olives are priceless.

...i'm still a little speechless from the third to last photo... i hope i get my eyesight back tomorrow.

Brilliant. You, my dear WhiskeyMarie, are absolutely Brilliant!
Stacie

I've said it before and I'll say it again: no one cracks me up like you do.

Hahahaha, what a sweet hostess you are!

It is sad that a little, pink piggy is more adventurous than I in the cold heart of winter. Good for you and IHoG.

girl. you did not just send t-gret a smoked ham. you know how she loves ham.