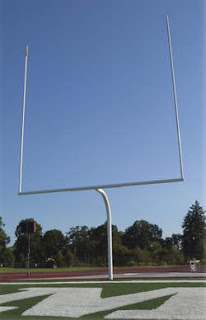 I never, ever, ever, EVER make New Year's resolutions.
Seriously.
Never.

I mean, c'mon, aren't we just setting ourselves up for inevitable defeat, self-hatred, consolation cocktails and failure nachos by the very act of putting this stuff down on paper, thereby making it "real"?

Yeah, that's pretty much it.

But I did it this year anyways- fear of failure be damned.

I won't bore you with the details, but it is a looooong list.

I need to make some changes this year- I'm way overdue.

I'll spare you of the "lose a few pounds", "eat better", "save more money", "be nicer to people you hate for superficial reasons" entries (but they are there, trust me).

I thought "buy pretty shoes more often" should go on the list, but that kind of negated the "quit buying shit you don't necessarily need" entry.

I thought that "Look at the big picture instead of obsessing about the tiny bullshit" was a good one, as was "Quit constantly daydreaming about the impossible, try to focus on the here & now".
Reality is a really mean leather-bitch sometimes.

Also, I absolutely HATE having to think about money. I hate looking at a bank statement, I hate pay stubs, I hate thinking about bills. Such hatred sometimes puts me in a place where I just pretend money doesn't matter, that it just magically (meaning, the Mr. does all of our "accounting") ebbs and flows to the rhythm of of the tides. Magic elves (direct deposit) just wave a wand and, poof! there's the money. So...
"Quit treating money as if it wasn't real" made the cut.

And this is the "Me" section (other sections include personal, money and professional):

(Yeah, I know it's gross. But sometimes a girl just needs a solid kick in the behind to remind herself that she's an active participant in all of this life bullshit.)

I will be referencing the master list throughout the year to see where I'm at. I'll keep you posted. I'm hoping for a 90% success rate, but odds are it will be closer to 75%, if y'all are placing bets. You can look up my bookie, "Four-fingers Larry" if you're interested. He usually can be found hosting "squirrel fights" behind the grocery store on Baker St.
Just look for the guy with, well...four fingers.
Posted by Whiskeymarie at 11:32 AM

Excellent list. I may plagiarize - just a little. 'Choose to be happy' is a good one.

BTW, my word verification for this was "crzye." Hmmm.

Hey, if you can make prostitution a profitable part-time gig, let me know how. I have problems giving it away.

take it from me honey, books don't pay, unless you're a literary slut.

Failure nachos don't even really taste that good. Kind of a coppery-aftertaste.

Good for you, and you KNOW I really just want you to add the pretty shoe-one back to the list.

Blogging--not a productive hobby?
Damn it.
I'm betting on you for 90% of these. And go ahead and add the "buy more cute shoes", too, since you're absolutely guaranteed to keep that one.
PS--you're already making a mark.

"failure nachos" is my favorite phrase i've read so far in 2008.

Making resolutions? I don't even know who you are anymore. What happened to my devil may care wistful Whiskeymarie?

Everyone needs a mantra. Some people just don't realize it.

I wish mine was as good as yours.

I've never much liked resolutions. We should always be assesing our lives and trying to live better. I think the thing is that this is the only time of year anyone is going to ASK you what your plans are. That makes you think about it, even if you hate it.

OMG, you totally nailed my whole attitude about money, WM. Only The Kat does the "accounting" for us. But you know what? It always works out, whether I stress about it or not, so I stopped stressing a long time ago. And The Kat (who normally stresses enough to need some serious fuckin' medication for it) has resolved to actually worry LESS about money too! It's kinda freakin' me out. Let's hope she keeps up that accounting wizardry, though, or life's gonna suck this year.

Love the new layout - you should have just made that your NY resolution!

That is a healthy list, but you just may live up to it WM.

So THAT'S what goes on behind that grocery store! I've always wondered . . .

(see you Sun? Can I buy you a drinkie or three?)

Stac- I'll be there Sunday, I wouldn't miss it!
XO

ok, first
WHAT THE FUCK?

i turn around for like, a day, and you have a thousand new posts.

Choose to be happier is perpetually on my list! Great resolutions, in my opinion.