The quiet poetry of Baywatch

I wondered aloud to my friend Waffle if the night was going to be another "Baywatch" sort of night as we walked from the Mexican restaurant to the formerly glorious supper club for an after-dinner drink.   It was cold and gray out, and finally getting dark.

Many years ago, when Waffle and I had the luxury of youth, time, and barely a dime to our names, we went out on a weeknight with no definite plans in mind.  We ended up at a spot we often ended up in, a maritime-themed, somewhat rundown place that always held the promise of strong drinks and occasional mayhem.  We sat at the bar, ordered our drinks, and just...sat.
"Baywatch" was on the old TV behind the bar with the closed captioning on, in case we weren't able to discern the predictable plot amidst all the boobage.

And we sat.  Silent.  And we watched.

And we were perfectly fine with that.

After the supper club, where we ran into a peripheral friend (the one that, on paper, should make us feel insecure about ourselves but for whatever reason doesn't) and scheduled to purposely run into another, less-peripheral and near-and-dear friend, we ventured out again into the cold, unforgiving weather that had me regretting my "no tights" proclamation earlier in the evening, when such decisions still could be made.

One crowded gay bar, a rainbow peace sign stamp on my hand, a few drinks and three cigarettes later, Waffle and I looked at each other with that knowing look.
The one that says, "I think I would have preferred Baywatch."

I hitched a ride out of the cold, now very dark city with the guy I vaguely remember hitching myself to many years ago, when we had the luxury of youth, time, and barely a dime to our names.
Now, finding myself wide awake on the airbed in the den of his mother's condo at a time when, in my 20's, I may have just been getting home, smelling of cheap drinks and cigarettes to stumble into bed, I rub my snoring dog's belly and think,

...there are worse ways to have spent your 42nd birthday.

And so we move on.

So, just when I recommitted myself to my home here, the universe decided to throw the proverbial poo in the fan and I had to take an unexpected hiatus.  Sorry.  I lied without the comfort of pre-meditation, which usually gives me time to fine-tune my tall tales.

This was a man who has been sick for the entire 18 years that I have known him, yet he rarely complained, rarely felt sorry for himself, and rarely let those around him know when he was feeling less than stellar, which was pretty much always.
He was the most honest, forgiving soul that I have ever known.  After knowing him only a short time, I was easily able to see where the Mr. got both his rare and true ability to not give a shit what people think about him, as well as his innate inclination to see the best in even the most awful human beings.  My Father-in-law, in these 18 years, only twice indicated that he, indeed, did not like someone, and both times I totally understood why he felt the need to vocalize that which he normally kept to himself.  One was someone who, in a very short time, dragged a close family member (as well as the family) through the mud with their selfishness and total disregard for humans in general.  The other had brought doubt onto my Father-in-law's character many years ago, and knowing how impeccable his character was, I get it.  Some things are unforgivable, and crimes against family and reputation fall into this category.
He was a better person than most of us can ever hope to be.  This has been a challenging time for all involved.
But, we move on.  We figure shit out.  We find a way to fill that void.  Having lost a parent myself, I get it.  No matter how it happens, it's never easy.  If you're lucky, this was the person that protected you from the ugliness of the world as long as they could.  If you're lucky, they made you feel special when everyone else told you otherwise.  If you're lucky, they never judged and helped you along even when they knew you were probably going to fall on your ass.  If you're lucky, they knew when you needed to learn a lesson but were there to comfort you anyways.  And, unfortunately, they generally die before we do, which we all think we are prepared for, yet we rarely are.

So, I apologize for yet another absence, but I think you'll forgive me.  And, given my Father-in-law's general "do what makes you happy" attitude, I shall be back in full force, my nuggets.  Maybe a re-design of the site is in order, maybe costumes will be involved.

Regardless of the details, the time, it is a-tickin', and we need to make the most of every fucking moment.  Hug your people, hug your furry nuggets, hug your bus driver (but don't squeeze their bum- trust me, that never ends well).  Because, as cliche' as it sounds, putting stuff off until tomorrow may not pan out so well- sometimes there isn't a "tomorrow".  Sometimes all you have is that moment where you have a chance to create a memory, and for better or for worse, you need to grab that motherfucking moment and create the shit out of it.
Dammit.

Now, go out and embrace the crap out of the day, you awesome little nuggets of magic.  You make today your bitch. ok? 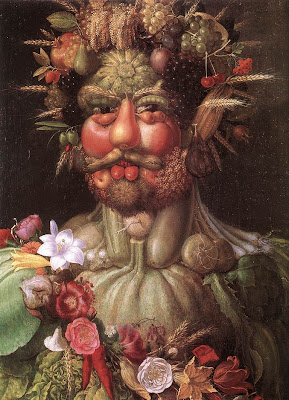 I'll admit it- I'm missing cheese right now in a way that is probably making strangers uncomfortable.  I'm learning the hard way that no one is going to say yes to the question, "Can I watch you eat that cheeseburger?"

That rumbling you heard in the Universe lately is likely caused by the fact that, for the foreseeable future, I, Whiskeymarie VonPartypants, world-renowned connoisseur of snack foods, cured pork products and all things "chippy" am eating 95% vegan, 99% vegetarian (95% of the time, anyways) (I know, math is hard.).

Yes, I know what you're saying- "But Whiskey, aren't vegans typically self-righteous assholes that feel the need to vocalize this affliction to anyone within hearing range at every possible moment?"
To that, I say mostly yes, and they should be openly mocked.  Often.  BUT, I'm not classifying myself as such.  I'm dabbling more than anything else, and should an errant piece of cheddar or bacon accidentally fall into my mouth once in a blue moon (much like how I lost my virginity. What? You DIDN'T "accidentally" fall onto a penis your first time?), I'm not going to beat myself up about it.

Mostly I know this- after xxxmas, New Years, and a few fun stops in-between, I was sluggish in a way that was surprising even to me, my granny panties were reaching maximum capacity, and my gut felt like I had been drinking vinegar shots with a battery acid chaser on a regular basis.  I'm only a week or so into this ridiculousness, but pounds are flying off and I actually woke up before 8:00am twice this week, ON PURPOSE.  Trust me, that pretty much never happens.  I may have even been what is often referred to as "chipper" this morning, causing me to want to punch myself in the face repeatedly.

Now, we all know this won't likely last, given my general propensity to abandon all forays into "health" so fast that I leave skid marks (insert joke here), but for now, humor me. If you're nice I'll even regale you with tales of: my technicolored poo (beets!) (Who are we kidding, I'll tell you if you're nice or not), odd uses for tofu, my dreams where I make sweet sweet love to a wheel of brie, and why I always giggle when I say "Bok Choy."

Wish me luck- this isn't my natural environment and, much like a wild animal trapped in the city, I may bite if provoked.

This could get ugly.