You say asbestos, I say schmebestos. 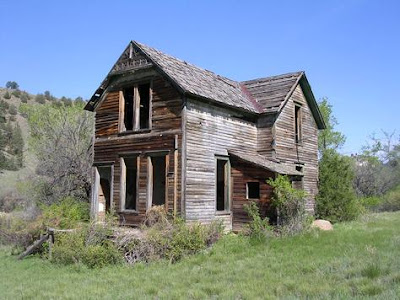 This home ownership thing, it sure can be a bitch.  (And, to head off any "ingrate" or "you selfish turd" comments, yes I know that I am very, very lucky to have a comfortable roof over my head and a job to support such things.  I know.  I'm just also going to go ahead and spew my special brand of bullshit here anyways.)

I feel like we (as in, the Mr. and myself) spend most of our weekends either cleaning the house (lest the pet hair take over and slowly kill us, cocoon-style), securing provisions for the house and its' inhabitants (lest we run out of animal-specific food and they decide to go all "Donner Pass" on our asses), or attempting repairs on the house (lest the ceiling in the dining room cave in because of the the leaky toilet upstairs, again.)

Looking back at our (now) 11 years of possessing of a home, I can't say I'd do it all again the same way, given loads of cash and a step back in time.  For those of you considering such a stupid  well-thought out decision, here are a few of my Do's and Dont's when it comes to first time home purchasing with a nonexistent limited budget:
Do:
Don't:
And finally-
(On a side note: anyone know where one can buy pharmaceutical-grade tapeworms?  Cause, I've got a friend who was asking...)

So on that note- I don't know what you all will be doing this weekend, but I sure know what I'll be doing.
Operation Fix This Fucking House, part two: the sledgehammer chronicles.

So...if you want to hear my thoughts on uncircumcised penises, gravy, geography and road trips, pop on over to The Real Johnson, where I am guest posting today.

Yes, I know I've been slacking on my duties here, but throw me a bone, will you?  Go, read, leave a comment and astound Johnson with your own knowledge of his maple leaf-encrusted country.  Plus, I love being the guest star in other people's lives, so stroke my ego a bit, OK?


As a tit-for-tat (tee-hee, tit),  Johnson has reciprocated with a guest post of his own for me.  You know how I love a good three way, and this time it's just you, me and Johnson.  Everyone remember the safe word? (hint: it rhymes with othertrucker)


Recently I asked the hilarious and talented WhiskeyMarie if she'd be willing to do a guest post for my blog. Much to my excitement, she agreed and provided me with a summary of her vast knowledge of my fantastic country of origin, Canada.
It was a remarkably accurate portrait of the Great White North, replete with mostly uncircumcised penises (meaning most of the penises here are uncircumcised, not that all the penises here are somehow partially circumcised; just to clarify), hash, poutine, and comedy troupes.
Basically, if you've always wondered what Canada is like, but you're afraid to get recruited into some sort of toque-wearing socialist paradise, you could read her synopsis and get a real feeling for the country without ever visiting.
As a matter of fact, WhiskeyMarie was so on the money that it got me to thinking about her place of origin and how little I know about it.
I'm not talking about the USA of course. In addition to the Snow Channel, Poutine News and The Gay Wedding Channel, most of us in Canada get all the same TV channels that you guys down south get, so we know virtually all there is to know about your country in general (Except the whole NASCAR thing. What is up with that?).
No, I'm talking about Minnesota.
It occurred to me that I know virtually nothing about Minnesota.
At first I thought I had some knowledge of Minnesota; an accent, something about cheese; but then it occurred to me that all that “knowledge” was actually stuff I had gleaned from watching That 70s Show.
Then of course I realized that That 70s Show actually takes place in Wisconsin, so I was back to square one.
Having never been there, I tried hard to gather all the info I had about Minnesota and here is what I came up with:
That's all I know.
OK, I admit it: I cheated.
I had to look up the year The Wild joined the NHL.
So, in honour of her exhaustive four trips to Canada (all to places I have never been and wouldn't choose to go to, by the way), I hereby endeavour to learn more about Minnesota.
(On a serious note: I'd like it to be known that I don't actually have any facts or figures about Canadians being ant-eaters or helmet heads. I do know that ant-eaters are gross and dirty.)
Also, rest-assured WhiskeyMarie: poutine with bacon is very much a reality. As are poutine with Montreal-style smoked meat, curry chicken poutine, and chipotle pulled-pork and Italian sausage poutine. Poutine purists may think it sacriledge, but all are readily available at Smokes Poutinerie (http://smokespoutinerie.com/main.html), where I am actually headed immediately after work. I estimate it's about a 20 hour drive from Northern Minnesota, but it might be worth it.
Posted by Whiskeymarie at 9:44 AM 6 comments: