Is that your Farvenugartenmorg, or are you just happy to see me? 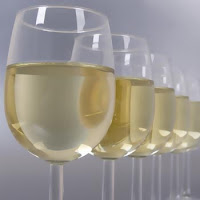 Did you do anything fun this weekend? Get arrested? Have to apologize to the neighbors again? Wake up in your underwear next to a bearded woman in the back seat of your car in the parking lot of an Applebees?

XO
Posted by Whiskeymarie at 9:47 AM

My husband might be one of the attorneys - he has a trial coming up soon. Then you can say you know one of the attorneys, and you will be excused from duty. Or you could stay on the jury and then vote for my husband's side of the case. Just kidding! Jury tampering is bad!

I forgot to shave my legs too.

No one thinks I'm pretty now.

Already once this morning I said "I'm so hungry I could eat at Arby's," so I too converse in Simpsons quotes daily.

1. Did you encounter any English-speaking people at Ikea?

2. YOU. ARE. TEACHING. A. CLASS? And how did this piece of information slip by me? I'm telling you, you've got some problems in HR. And what are you teaching? Crazy sexy Goddess coolness? (this cannot be taught, you're either WMVP or you're not) Those chicks are so totally wasting their time.

3. To avoid your civic duty, I'm quite certain all you would need to do is give them this blog address. - No, don't! While I'm sure it would not only excuse you, but in fact, BAN you from jury dury, it would also most likely get you deported...and I would miss you *snif.* : )

surviving- I still think you're purty.

John- 1. Several, but they seemed lost. 2. Yes- a class. It's called "How to correctly stick foreign objects in your nostrils without having to go tot he emergency room 101"
3. I fear I am doomed to jury duty. No escape. If I have them read my blog I fear I would be sent to college again to learn how to write properly. (shudder)

I shaved my legs TWICE. Nyah.

Sounds like you were busy, to say the least. How was IKEA? We just got one here but I haven't been yet.

I have always been "that person" with the paint swatches...and pretty much any decision I have to make(perhaps that's what causes me to have panic attacks?)lol You can punch me in the face now.

You have too much fun on the weekends. I have never been called for jury duty and am so JEALOUS! That and the fact that there isn't an IKEA in Denver!

I'm going to work on my weekend line-up. Or at least try blogging drunk!

hahaha, we got a bed for my new live-in sibs (newly living in, not newly siblinged) by something of a similar name from Ikea.

And I know a lot of people who have been going in for JD lately! I decided when my time comes, I will just suck it up and go. Unless it's going to make me miss something cool. Like the Office or something.

One lady I work with was on call - then they called her - then the sent her home and told her she was on call again. THAT would piss me off.

Hopefully it will be a good juicy case. Not something stupid.

We refer to IKEA as "Icky? Yah!" Don't get me wrong, I love the place, I just hate shopping there on a crowded weekend.

I agree that the Lambada needs a comeback. What if you started a "Lambada for Cancer" - but instead of cancer, pick one of the funnier diseases? Replace "the forbidden dance" with the "forbidden disease". It sounds dumb but a sick person on one side of a banner and crazy Latino's shakin' it on the other? It can't NOT stage a come back.

Ah, Ikea. I was there as well, picking up a book shelf. :D (Oh, not the same one though.. that would be silly. Why would I go all the way to MN when they have one right here in Seattle?)

I will get an ice cream cone, too.

If you tell the court you'll do jury duty as long as you can bring your breast feeding tot, they'll drop you faster than grandma's underpants.

Why did you smell your finger? Just curious!

In this post, you managed to talk about The Simpsons, IKEA, bacon and drinking. I love you. If I were nicer, you'd be moved to the top of my blogroll. Buts its alphabetical so you'll stay at the bottom where you truly belong.

I am totally with you on bringing back the Lambada.

I'm headed to the land of cheap Swedish plastic and pressboard too this week... Gotta get my Swede on!... Gonna get myself a Gorphenshtoppen... Or maybe a Blaskengoofen... Whatever, I'll probably top it all off with some Swedish meatballs with lignonberries... or some such foody thing.

I worked at the carnival and didn't run away with it. I think I showed remarkable restraint.

I might be the only one out there, but I think Jury duty would be interesting. Like in the movies! Enjoy it while it lasts... ;)

hey--I was just on Jury duty! But I thought it interesting and cool. I want to go back.

Well, I steam cleaned my carpet and watched as my hillbilly neighbor hung a basket of tighty whiteys on his redneck clothesline.

I love this blog. Congratulations, I've just added you to my blogroll.

Whiskey Marie this is getting out of hand. I just got called to Jury Duty too.

I've been called for jury duty three times and never picked. I wonder if it was something I wore that screamed "unstable"?

Hi Whiskey, I have been a loyal reader (skulker - hehe) of yours for almost a year now, and wanted to warn you that I have just heard of a what is being called a "vishing" scam about jury duty. These bad people will get you to give up very private info by saying you missed court appearance and you now have warrant out for arrest. This usually comes by telephone, and they will want you to verify yourself via SSN. be careful, okay?! Renata1967 in Bloomington, MN.

Well, you'll be happy to know that I DANCED THE LAMBADA in Costa Rica. Cross my heart and hope to die. We were at this sweet little salsa place, innocently dancing the night away, and as the band began to pack up and the people began to spill out onto the street, the distinctive strains of Lambada came rushing out of the sound system. I grabbed the closest native (a newfound friend of mine, actually) shoved his knee into my crotch, and spun a few times around the road. So there. The Lambada is BACK! And so am I. Drinkies. Soon.