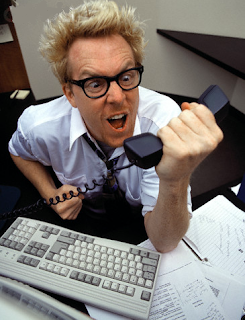 "you'll never find this again, you dumb twat" -- I have put SO much stuff in that folder...I think I have more stuff IN there than outside there. Basically I have lost most of my life.

Even though that's not what you wrote, I still think a bucket of wine is a great idea.

OH FOR FUCKING THANK JEBUDDAH YOU'RE STILL HERE. I would go insane without you. And not the quiet insane - the loud, inconsolable insane.

I'd like to see your new motto be: "When all else fails, go to St. Louis."

FOUR DAYS, MONKEYFACE! I'm going to wait until you get here to change my 95-degree smelly underpants.

You're my heroin. No wait, heroine. No wait, the first one.

As long as you don't go away for good though. It just wouldn't do.

I only started following you a few weeks ago, around your birthday, and then all this crazy shit started happening...and now I can officially say this is the best roller coaster blog I've ever been on. And so far I haven't barfed, so that's good.

I would follow you to whatever blog name you choose, Monkey scat play or whatever...

But really, glad you fought and won.

That's fucking insane. I don't know if I would have gone through the trouble but I'm really glad I do not deal with Go Daddy right now. And your experience kind of makes me want to never deal with them. I would have personally flown to their headquarters and punched someone in the taint. But that's just me.

How you didn't head straight to the Schmo Faddy headquarters and cutabitch I'll never know.

If it counts for anything i don't do some changes well and that whole new WM blog thing was making me break out in hives.

sounds like a great way to spend your vacation!

I may sound off, but unless the domain you have had expired, no one can take it away from you. With that said, some people can bid for a domain, most especially if it is about to expire and they will just contact you to see if you are willing to give it up, and you can say no.

Anyway...so glad you made it through! ;)

I'm sorry the man put you through all that, but very glad to still have you around.

Couldn't you keep using the mariex3 site, and point your whiskeymarie name to go over there? I'm sure I'm not explaining this in the correct wordiage, but you get my drift, right?

Then everything would be in one place?

Eh, maybe I don't know what I'm talking about...

Not so fresh, indeed. I dare you.

What a frigging nightmare. Everybody I know hates GoDuddy. Everybody.

Did I say "everybody?"

I'm sorry all this happened, but what's really good is that you are in charge of you.

(Thanks for your comment about the cowboy-boot-shoes . . . they're everywhere again. Just dig yours back out of the closet——you know they're still back there, underneath that pile of mock-turtlenecks——and start wearing them, and you'll be right on trend.)

I hope to see you Saturday! :) Glad you got to keep the domain.

Good lord it's good to see you're still around.

Not that this helps now, but I make the real bucks creating websites and managing content and dealing with domain names and social media.

If you - or anyone who reads this - ever has a question about things web or internet related, my email's in my profile on my blog. Cheers!

No wait, the first one!