My apologies, I seem to have disappeared. If you find me, let me know. I think I was last seen purchasing Cheetos and Malt Liquor beverages at the 7-11. Not armed, but occasionally dangerously too smart for my own good. I can just be dropped off at any local carnival and I will eventually find my own way home.


While you're looking for me under freeway overpasses and in dumpsters, a little bit of stuff to keep you busy...

Remember in that post I did like a month ago where I said I was going through old photos? Yeah, you know- my last post before this one? Well, I realized something odd. I realized that I had hundreds, yes HUNDREDS of photos that fell into one of three categories:
Once I pulled all of these out, the stack I threw away was over a foot tall. Lucky for you I saved a few random snaps so maybe you could help me figure out what/who the hell I'm looking at. 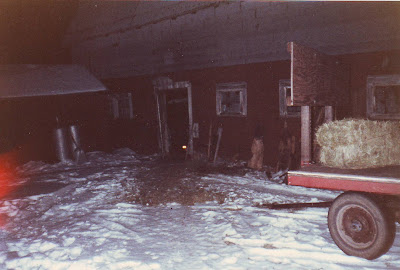 Haunted barn? Leftover scenery from Blair Witch Project 2? My only memories from that winter I was kidnapped by a lonely farmer and was made to milk cows and churn butter wearing little more than hot pants and the top half of a sheep costume? 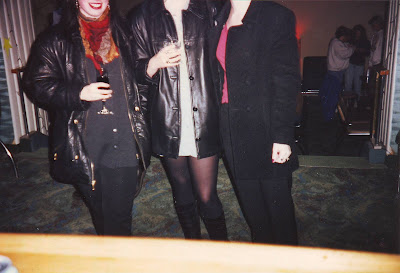 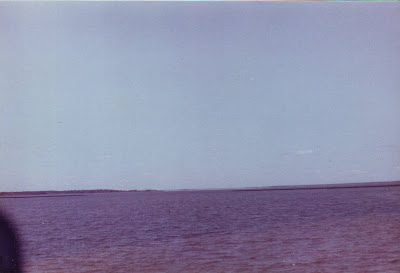 Honestly- this could have been taken at Lake Titicaca in 1954 by Richard Nixon for all I know. Who saves an undated, unidentified picture of a lake (?) with part of someone's thumb in the pic but me? This could be anywhere, but I'm going to go ahead and say it was taken in the south of France when I was there last summer with my Clive Owen, making sweet monkey love and drinking moderately priced champagne. 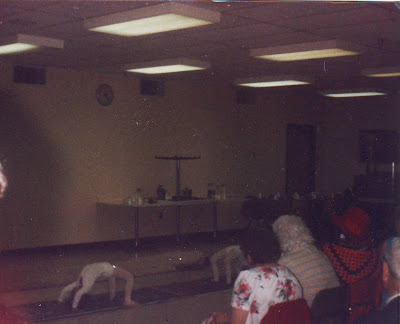 Random child-tumblers. I know this was taken in 1985, and I can safely say that I knew no random child-tumblers then, so what gives? I'm positive I'm not a pedophile (nor was I then), and I've never been what you could call a "tumbling enthusiast", so why oh why have I held onto this photo for 24 years? The worst part is, this was #1 in a series of 3. 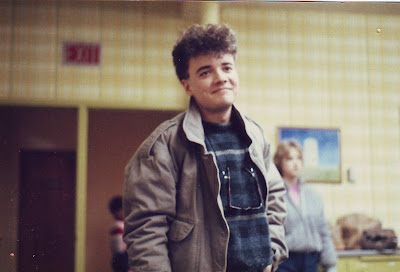 This is my favorite of the bunch- some random, European-looking dude with a honkey-fro pompadour. Lets call him Johann. In my squishy mind, Johann is studying Animal Husbandry at Oslo University with a minor in cat grooming. He enjoys the music of A-ha and Manheim Steamroller, taking nature hikes to collect dirt samples, and making ice cubes. He hasn't lost his virginity yet, but the chubby yet likable Inga from his Communist Poetry class has indicated that, given enough hard cider, she may let him touch her boobs (under the bra).


Hope those are enough to keep you entertained while searching for me. I think I was last seen wearing fishnet pantyhose, a potato sack as a dress, and bowling shoes, if that helps.

Posted by Whiskeymarie at 7:09 PM

I totally know that lake. It looks like that one lake just east of Brainerd. You know the one, it has trees near it and is full of fish. Yeah, that one.

That number 2 is a classic in great photography.

So you're not a tumbling enthusiast? And I thought I knew you so well.

#1 is my place, it took a amazing number of roofies to get you to pass out until I got you there. Your liver really must be preserved for science one day.

I'm in love with those shitty photos. I call the first one, 'Hayride of DEATH!'

You are Hi-larious lady, Hi-lar-i-ous.

Are you sure "Johann" is a European MAN? Because "he" looks like he might be a girl (and you never can tell with those lovely 80's mullet haircuts).

I'm pretty sure that mark on the lake photo is the loch ness monster, although it's kind of a dick move to call him a MONSTER. Seriously, wouldn't that affect the self esteem a bit? So you should sell that baby to one of those UFO magazines- then you might have enough cash to buy the BIG bag of Cheetos.

So what is that guy, like the offspring of Brenden Fraser and Androgynous Pat from SNL?

Half of my old pictures are of unidentifiable landscapes. Most of the other half have my ex-wife in them. In both cases I guess it's things I thought I would remember more fondly.

Hey! I picked up a carton of milk the other day and you were on the back of that one, too! Weird.

i especially love #3, since we have ALL taken a picture that contains nothing but water and sky. we take this picture to prove to others that we have indeed experienced the joy of seeing two blue things at the same time.

Oh, the days before digital. Too fun. That last one looks like a John Hughes movie poster.

I think I swapped saliva with Johann when I was studying in Oslo. btw...he's not a virgin.

I know I'm late to the party, but you're lucky to have me here to explain these photos to you.

They are, in order:

1. Remember the kid in 12 Monkeys? The one that pretended to fall down the well? That's the barn he was hiding in.

2. A recuitment poster for the Anonymous Black Coat Society.

4. This is a rare photo of the Spring Equinox Fertility Rite. You should see if you can find it. It's worth bux

5. Actually, his name is Gunter. Everything else you 'remembered' about 'him' is erriely accurate, however.

If you ever need more help with your photos, don't hesitate to ask. Remember, I'm a professional.

Honestly, I think you are onto something.... a blog that highlights reject photos. I've got an enormous box of them that I know will be re-incarnated one day.

That dude looks like half the guys I went to Gymnas with in Molde, Norway.