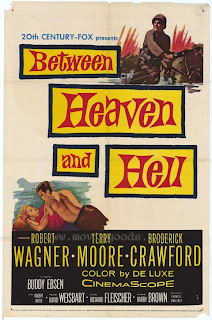 Sounds good to me.
Posted by Whiskeymarie at 10:16 AM

No. No no no. I'm not usually one to tell someone they're wrong, but I will here. I have to. You just haven't looked deep enough inside yourself to find what you are missing. Because I'M the one who can't believe what I just read. I refuse to believe that you can't whistle.

Sorry, no can do ... that cheese plate ... I'm a lactose intolerant agnostic/atheist/skeptic/cynic ... but I'll certainly drink the wine and tell stories about limbo, drunk priests, tithing myself and, if there's time - the joys of hell and damnation.

I love you. But you knew that right?

I think people should be able to believe what they like, without facing judgement. Also? Our spiritual beliefs aren't an acquaintance or stranger's beeswax! Even if the topic wasn't religion, I can't stand someone who out of nowhere pops a "bound to judge you based on how you answer" question. Those people annoy me - grrr.

If I can learn to successfully blow up a balloon at age 35, you can figure out the whistling.

As much as I've tried to not be a Christian, I am one. I have to make peace with that oddity on a regular basis.

I respect your not believing.

I admire your very mature approach. I still tend to take the engage-in-raging-arguments-about-needing-mythology-to-be-a-good-person route unfortunately. Sure, it doesn't get me invited back to too many of their parties, but then who wants to party with religious people anyway?

I can see I'm way behind at Casa VonPartpants due to spending the past agonizing week moving my behind. Ooooo, this a juicy one!

First, I really, truly hope I get the chance to meet you someday. You know I adore your usual witty musings, but the rare occasions when you actually talk about something heavy, like, oh, I don't know, heaven and hell and such, I treasure those little glimpses inside of you. As for the subject at hand, to wit:

I was raised in a church in a grassroots, God fearing community. I struggled, begged, and pleaded to be "saved" the first 40 years on my life. To this day, to my knowledge, no dice. I don't know that, but I don't believe that God - whatever God is - if "He" exists, concerns himself with earthly affairs (never been a big fan of this management style). So I kept looking, because I've always known about me that I am a spiritually-connected person. Spiritually connected to what, I still don't know and I'm pretty sure I never will. Some 10 years ago, I found the philosophy of Buddhism, which has been a stabilizing and positive force in my life, and that's all I've got to say about that right now).

In my opinion, #3 is right, Marcy. The fact is, no one - NO ONE - knows for sure what's on the other side (or not). But if there is something better waiting for us, how could we be more deserving to receive it than to LOVE as best we can, as often as we can, in the here and now. No matter what anyone claims to "be," if that's not the key, I don't think there's any hope for any of us.