Like quicksand squishing in my toes, so are the days of my life. 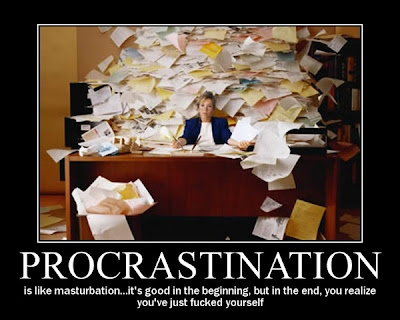 I probably should have mentioned at some point how I've been off from work since June 30th.  I meant to tell you, but I was so busy...doing stuff that I kind of forgot.

I was doing stuff, but saying I was "busy" is pretty much a bold-faced lie, and I will forever swim in the shame river created from the spittle of the thousands of mouths yelling at me for being a big fat liar.

No, my summer has been blissfully boring.  The kind of boring that would make someone with things like "ambition" and "goals" and "drive" the special kind of crazy normally reserved for celebrities with paint huffing issues/schizophrenia.  Sure, I gardened a bit, I constructed houses out of discarded boxes for the cats, I organized my underpants, and I found shaded patios around town where a pale, publicity-shy gal like myself could get eleventy cocktails with a friend or two and accidentally fall into the bushes without nary a flash from the paparazzi or an inappropriately-located sunburn.

One would think that, given the vast amount of time that I had, that I would have been on the ball enough to do maybe one teeny, tiny bit of work in preparation for my triumphant return to work.  This coming Monday.
If you had thought that, I would be bitch-slapping you repeatedly right now for your astounding level of idiotness, you idiot.  You should know me better than that by now, stupid.

No, instead of "getting a jump on things" like most marginally mature adults on the planet, the most impressive work-related thing that I've accomplished in my 50 days off (so far) was to get the most wicked-awesome score on electronic Yahtzee EVER.  512, bitches!  Five hundred-freaking twelve!! (Yes, I consider this work-related as numbers are involved, and everyone knows that numbers = work)

Yeah...you'd probably be correct in assuming that, as I get older, my brain is slowly turning into a tapioca-like mass of gray goo.  Yup.  In a few years you will probably be able to suck it out through a straw stuck up my nostril.

So now, as the final days of my Enchanted summer of nothing (patent pending) come to an end, of course NOW would be the time to be forced to sit through two days (13+ hours) of meetings under the guise of "In-service", thereby rendering my remaining few chances of being prepared impotent.
I fucking hate In-service.
Yesterday we were forced to sit through 4 hours of lectures, 3 powerpoint presentations, a goddamn MOTIVATIONAL SPEAKER that I will need to devote a separate post to, such was the...wow.  Just wow, one divisional meeting, and too many technological snafus to count.  Today was worse, and that's all I can say about it until the PTSD subsides and the shitty coffee has left my veins.

So...I guess that the basic point of this rather incoherent post is that I, like many a dipshit, have yet again procrastinated to the point that I am, indeed, quite fucked.

And, no.  I don't believe that I will ever learn from my mistakes.  We all know by now that learning stuff is for losers.

Now I'm going to go and git my cocktail on and write an outline for next week once I'm good and drunk.  Lord knows that has worked for me every other semester.

(Oh, and?  I guess I'm on the Twitter/Twatter now.  Look for @Whiskeymarie  All the kids are doing it, you know.)

(And I just realized that I've spewed out over 600 posts at this point.  Holy shitballs, you people put up with a lot.  Freaking saints, you are.  -Yoda OUT.)
Posted by Whiskeymarie at 8:01 PM

Well, the funny hasn't worn off in 50 days. Doesn't that count for something?

I'm pretty sure people get raises for being funny these days.

I do the saaaame thing. When you're self-employed and a procrastinator by nature, you'd better be a happy poor person. ;)

I don't know you. I don't know how I ended up on your blog. But after reading the turn of phrase "swim in the shame river created from the spittle of the thousands of mouths yelling at me," I am little bit in love with you and have added you to my Google reader. Here's hoping you continue procrastinating/blogging.

Except for a short trip here or there, I spent my summer on the patio mixing cocktails and watching the grass grow. Doing stuff is overrated.

seriously... as i was reading the hilariousness that makes you the gem in blogworld that you really are, i was thinking... i really wish i could get whiskeymarie in 140 characters every DAY of my life. and boom! my wish was granted. bananas!

You've earned the right after 600 to celebrate it with a fuck-all post. Monkey even came back for it! : )

Hey! Look up there ^ in the comments! You've got a JOHNSON!

I told everyone you're really a man. Maybe now they will believe me.

You remind me that there are some things I need to do before Labor Day Weekend. I hope I remember to do them. Nobody in my life is holding their breath, of course.

I've always believed Gwen when she said you were a man. See, I have to say that because you've been off for so long and I've been working hard all summer. Ha...I crack myself up :)

Remind me not to read your blog ever again on my lunch break. Spittle? Gray goo sucked through a straw? I gag.

If i could, I would, in a jealous rage, slap you for not making the most of your time off.

You have been busy creating outfits for Bubs when he finally decides to go pro in the dog competitions, admit it...

So you're already back at work. I guess I've been procrastinating in catching up. *sigh*. Expect drunk texts this weekend. Cuz guess what? The awesomeoness that is Jurgen Nation is in Seattle.

If you hurry there might be time to get on a plane.

The photo cracked me up. The blog just did me in even more.